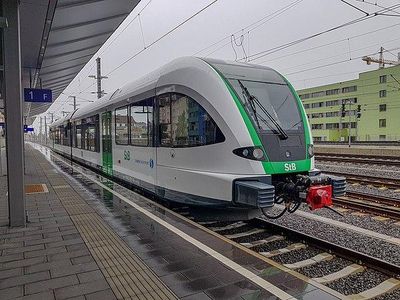 Styria ; Croatian and Slovene: Štajerska; Hungarian: Stájerország; Czech: Štýrsko; Slovak: Štajersko) is a state, or Bundesland, located in the southeast of Austria. Covering 16,401 km2 , Styria is the second largest of the nine component states of Austria , after Lower Austria. Styria's neighbor to the South is Slovenia . Within Austria, the contiguous states are Carinthia, Salzburg, Upper Austria, Lower Austria, and The Burgenland, The capital city is Graz, which had 276,526 inhabitants at the beginning of 2015.

The March of Styria derived its name from the original seat of its ruling Otakar dynasty: Steyr, in today's Upper Austria. In German, the area is still called "Steiermark" while in English the Latin name "Styria" is used. The ancient link between Steyr and Styria is also apparent in their nearly identical coats of arms, a white Panther on a green background.