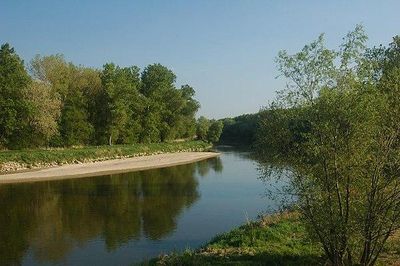 The Morava is a river in Central Europe, a left tributary of the Danube. It is the main river of Moravia, which derives its name from it. The river originates on the Králický Sněžník mountain in the north-eastern corner of Pardubice Region, near the border between the Czech Republic and Poland and has a vaguely southward trajectory. The lower part of the river's course forms the border between the Czech Republic and Slovakia and then between Austria and Slovakia.

Though the German name March may refer to Mark, "border, frontier" , the river's name more probably is derived from Proto-Indo-European *mori, "waters" . It was first documented as Maraha in an 892 deed.