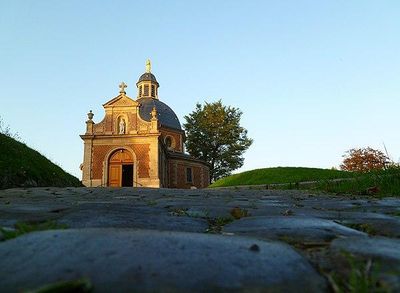 The Muur van Geraardsbergen is a steep, narrow road with cobblestones in Geraardsbergen, Belgium. It is also known as Kapelmuur, Muur-Kapelmuur or simply Muur. The hill starts near the river Dender at 18 m and reaches the top of the Oudenberg at 110 m after 1,075 m at 9.3 per cent. This climb is often part of the Tour of Flanders professional cycling race.

The Muur van Geraardsbergen has often been a climb in the Tour of Flanders. It has been used since 1950, although not consistently until 1970. The "Muur" was the final climb in 1973 and 1974, before the finish in Meerbeke. An extra stretch to the chapel at the summit was added in 1981 and climb became known as the "Muur-Kapelmuur". It was a regular feature from 1981 until 2011.