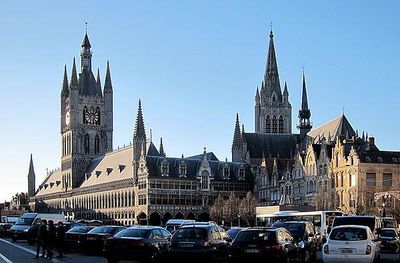 Ypres is a Belgian municipality in the province of West Flanders. Though the Flemish Ieper is the official name, the city's French name Ypres is most commonly used in English. The municipality comprises the city of Ypres and the villages of Boezinge, Brielen, Dikkebus, Elverdinge, Hollebeke, Sint-Jan, Vlamertinge, Voormezele, Zillebeke, and Zuidschote. Together, they are home to about 34,900 inhabitants.

During the First World War, Ypres was the centre of the Battles of Ypres between German and Allied forces.