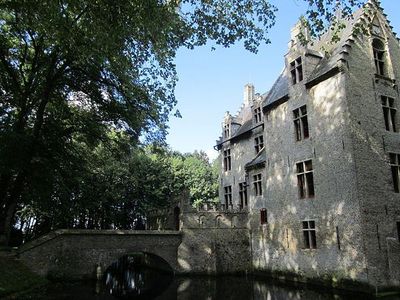 Beauvoorde Castle is a castle in Wulveringem, which since 1977 has been part of the municipality of Veurne, West Flanders, Belgium.

The first identified owner of the castle, in 1408, was Jan de Valuwe. In 1584, during the early part of the Eighty Years' War, the castle was burned down by bandits. It was rebuilt in 1617 in the Renaissance style. At that time the castle was owned by Jacob de Bryarde, and it remained in the Bryarde family till 1828, by which time the family fortunes were in decline and the castle was falling into a state of increasing disrepair.