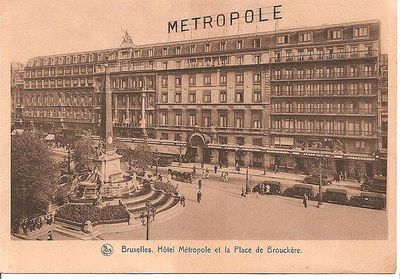 The Hotel Metropole Brussels is a 5-star luxury hotel located on De Brouckère Square in central Brussels, Belgium. Built and opened to customers in 1895, it is the only 19th-century hotel still in operation in Brussels today. The hotel has 251 rooms and 22 spacious suites.
In 1890, Prosper and Edouard Wielemans, two brothers with a brewing company, opened the Café Metropole as a place in the city to sell their beer. The café was a huge success and the Weilemans-Ceuppens family then purchased the building next-door, a former bank, which would become the Hotel Metropole, inaugurated in 1895. Today, the hotel’s reception desk is easily recognisable as the desk of the former bank, a significant historical and heritage glimpse of the past.