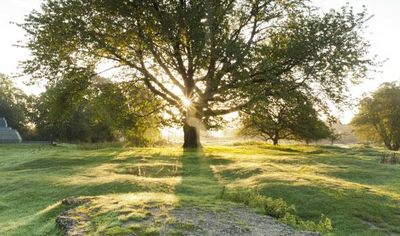 Hill 60 is a man-made hill that was created in the years around 1850 with ground excavated from the deep cutting that was made for the new railway from Ieper to Kortrijk. The hill on the other side of the railway was known as the Caterpillar, because of its irregular ‘twisting’ shape.
The hill was an ideal observation position. The German Army captured it from the French on 10 December 1914. Their defences were undermined by British tunnellers and blown up on 17 April 1915. British troops stormed and held the summit, but at heavy cost. The hill was turned into a shell-pocked wasteland of mud. On 5 May the Germans hit back with a gas attack.
Hill 60 and the Caterpillar were again rocked by huge mine explosions on 7 June 1917, during the so- called Mine Offensive (Battle of Messines). You can still see the crater at the Caterpillar, which is just a short walk along the other side of the railway line. Hill 60 again fell into Allied hands.
During their great Spring Offensive in April 1918 the Germans took the hill for a third time. It was not until September 1918 that they were finally forced to relinquish Höhe 60 – this time for good.