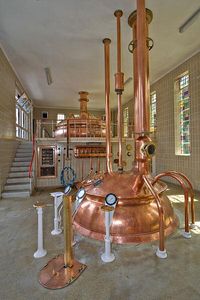 Rochefort Brewery is a Belgian brewery which produces three beers designated as Trappist beers. The brewery is associated with the Rochefort Abbey, which originated in the thirteenth century. The current brewery dates from 1899.