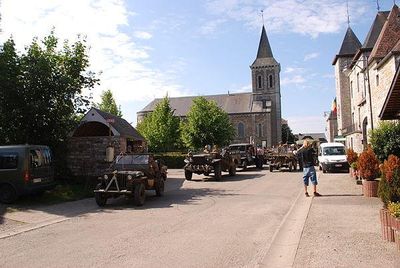 The village, located on a ridge at the foot of which flows the Aisne, a small tributary of the Ourthe and the stream of Vieux-Fourneau is a pleasant resort highly frequented by tourists during the summer period.