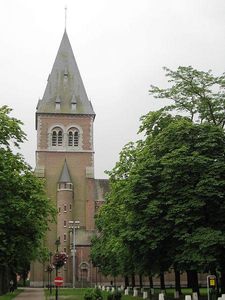 Leopoldsburg is a municipality located in the Belgian province of Limburg. On January 1, 2006, Leopoldsburg had a total population of 14,403. The total area is 22.49 km² which gives a population density of 640 inhabitants per km² . It is situated near the important military base at Beverloo Camp. The municipality consists of the following sub-municipalities: Leopoldsburg proper and Heppen.