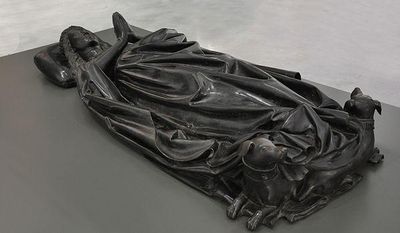 M - Museum Leuven or simply M is an art museum in the inner city of Leuven, Belgium, which was officially opened in 2009. The museum has a collection of some 46,000 works, which range from late-Gothic paintings and sculptures to 16th century local artists such as Jan Rombouts I and Josse van der Baren to 19th-century paintings and sculptures by various Flemish masters including Constantin Meunier, Jef Lambeaux and George Minne.
M - Museum Leuven continues the municipal museum operations that started in the early 19th century. In 1823, the first museum was founded on the second floor of the Leuven City Hall. About one century later, the collection was moved to the former private residence of the Mayor Leopold Vander Kelen in the historic center of Leuven. This location is now the principal exhibition space of M Museum.