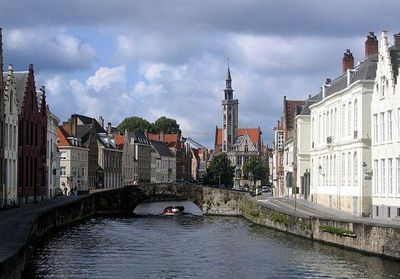 The area of the whole city amounts to more than 13,840 hectares , including 1,075 hectares off the coast, at Zeebrugge . The historic city centre is a prominent World Heritage Site of UNESCO. It is oval in shape and about 430 hectares in size. The city's total population is 117,073 , of whom around 20,000 live in the city centre. The metropolitan area, including the outer commuter zone, covers an area of 616 km2 and has a total of 255,844 inhabitants as of 1 January 2008.