RouteYou » Wikipedia » Places of interest » Battle of the Plains of Abraham 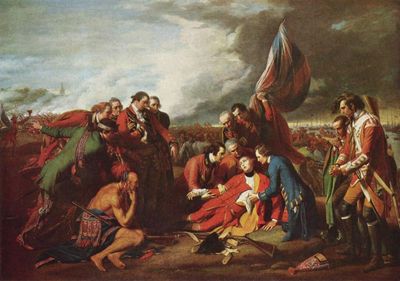 The Battle of the Plains of Abraham, also known as the Battle of Quebec, (Bataille des Plaines d'Abraham or Première bataille de Québec in French) was a pivotal battle in the Seven Years' War (referred to as the French and Indian War in the United States). The battle, which began on 13 September 1759, was fought between the British Army and Navy, and the French Army, on a plateau just outside the walls of Quebec City, on land that was originally owned by a farmer named Abraham Martin, hence the name of the battle. The battle involved fewer than 10,000 troops between both sides, but proved to be a deciding moment in the conflict between France and Britain over the fate of New France, influencing the later creation of Canada.