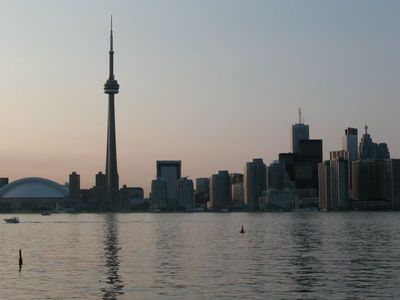 The 17th World Youth Day 2002 was a Catholic youth festival held July 23-July 28, 2002, in Toronto, Canada. World Youth Day is a celebration of faith begun by Pope John Paul II held on an international level every two to three years, and WYD2002 was the 10th such event. It was also Pope John Paul II's last World Youth day. An estimated 400,000-500,000 youths from all over the world participated in the week-long festival. Although WYD is designed for Catholics, it attracts sizable numbers of youths from other faiths and denominations and was presented as a multi-faith celebration of young people from all over the world.
As the event is ultimately an expression of faith, and a critical expression of faith is through service to others, World Youth Day 2002 had the support of some 25,000 volunteers; and some 100,000 pilgrims themselves spent three hours each on one of 750 service projects.