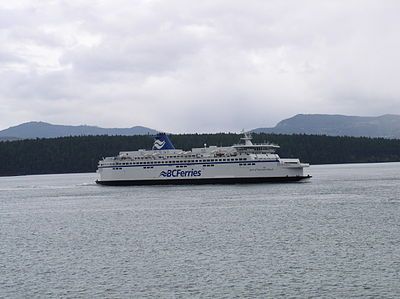 Vancouver Island is in the northeastern Pacific Ocean, just off the coast of Canada. It is part of the Canadian province of British Columbia. The island is 460 kilometres in length, 100 kilometres in width at its widest point, and 32,134 km2 in area. It is the largest island on the West Coast of North America.
The southern part of Vancouver Island is the only part of British Columbia or Western Canada to lie south of the 49th Parallel, along with most of the southern Gulf Islands and minor offshore islands. This area has one of the warmest climates in Canada, and since the mid-1990s has been mild enough in a few areas to grow subtropical Mediterranean crops such as olives and lemons.