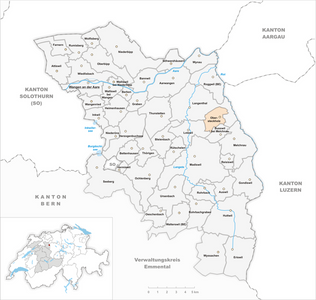 Obersteckholz is a municipality in the Oberaargau administrative district in the canton of Bern in Switzerland.