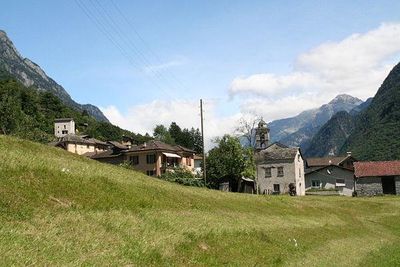 Leggia is a former municipality in the district of Moesa in the Swiss canton of Graubünden. On 1 January 2017 the former municipalities of Leggia and Verdabbio merged into the municipality of Grono.
Leggia had an area, as of 2006, of 9.2 km2 . Of this area, 8.6% is used for agricultural purposes, while 63.9% is forested. Of the rest of the land, 2.7% is settled and the remainder is non-productive .