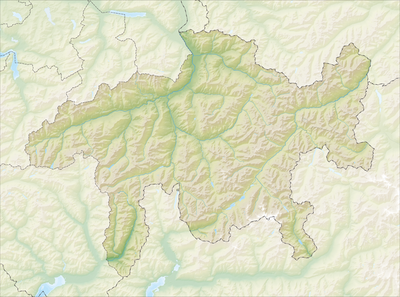 St. Martin is a municipality in the district of Surselva in the Swiss canton of Graubünden. On 1 January 2015 the former municipality of St. Martin merged into the municipality of Vals.
The village was settled around the 14th Century by Walser immigrants. Initially it was a held in fief for the Bishop of Chur by the von Tersnaus and von Mont families. In 1457 the German-speaking population was forbidden from purchasing land or marrying in the neighboring village of Tersnaus. The village church was initially under the parish church of St. Vinzenz in Pleif , but in 1528 came under the authority of Tersnaus. After 1776, St. Martin's village church had a German-speaking Prebend though in 1868 it fell back under the authority of Tersnaus.