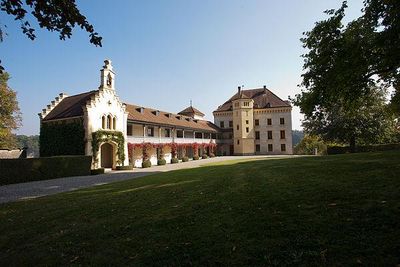 Barberêche is a former municipality in the district of Lac in the Swiss canton of Fribourg. It lies on the "language boundary" between the French- and German-speaking parts of Switzerland. On 1 January 2017 it merged with Villarepos and Wallenried into the extant municipality of Courtepin.
The Barberêche area was settled quite early on, as witnessed by archaeological finds of graves from Hallstatt times and foundations from Roman times.