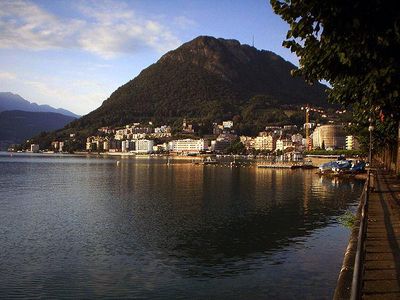 Paradiso is a municipality in the district of Lugano in the canton of Ticino in Switzerland. It lies on the shore of Lake Lugano and, although administratively independent of the city of Lugano, it is surrounded on all other sides by that city.
Paradiso is first mentioned in 1335 as Calprino. In 1835 it was first called Paradiso from a district of the village, though that didn't become the official name until 1929, also to avoid confusion with the hamlet of Caprino, across the lake.