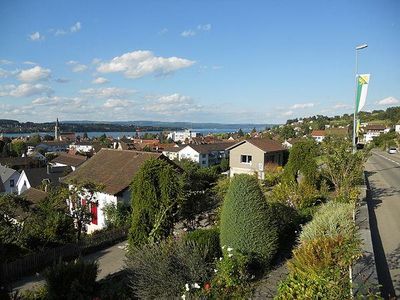 The area around Steckborn was already inhabited in the second century. There are also Roman remains of walls and fortifications. It is thought that the village became part of the territory of the monastery of Reichenau in the ninth century. This is the period when it is first documented.
In 1313 Steckborn was first granted municipal rights. Because all ecclesiastical authority ended with the French invasion in 1798, the dominance of Reichenau also ended. Steckborn has been the district capital of its district since the founding of the canton of Thurgau in 1803.