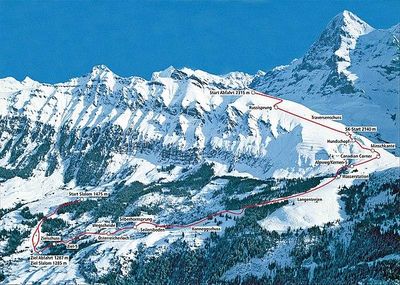 The Lauberhorn ski races are among the highest-attended winter sports events in the world, attracting around 30,000 spectators each year. An established attraction is the airshow by the Patrouille Suisse, the aerobatic demonstration team of the Swiss Air Force. The 2016 races were held 15–17 January .
The races in Wengen in the Bernese Oberland are held in mid-January, usually the week prior to the Hahnenkamm, in Kitzbühel, Austria, another classic downhill race run since the early 1930s.