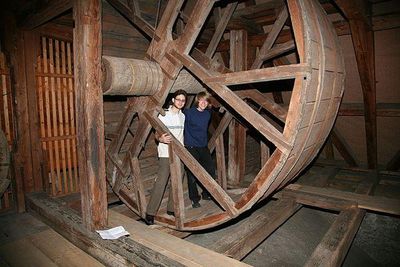 The Church of St. Leodegar is a Roman Catholic church in the city of Lucerne, Switzerland. It was built in parts from 1633 to 1639 on the foundation of the Roman basilica which had burnt in 1633. This church was one of the few built north of the Alps during the Thirty Years War and one of the largest and art history rich churches of the German late renaissance period.

In the 8th century there was already an abbey consecrated to Saint Maurice on the current site of the church, which had been donated by Pepin the Short, and was known at the time as the Monastarium Luciaria. By the 12th century the abbey was under the jurisdiction of the Murbach Abbey, whose patron saint was St. Leodegar.