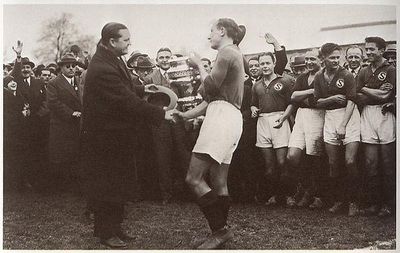 Servette FC is a Swiss football club based in Geneva. They play in the Swiss Challenge League . The club was relegated to the third division in 2004–05 due to a bankruptcy, but achieved promotion to the Swiss Challenge League after the 2005–06 season, where the club remained until 2011. Servette earned promotion to the Swiss Super League after defeating Bellinzona in a relegation/promotion playoff on 31 May 2011. The club finished fourth in its first season back in the top flight, thereby gaining entrance to the Europa League second round qualification round for the 2012–13 season. However, they were relegated at the end of the 2013 season.

Founded in 1890, Servette was the leading club in French-speaking Switzerland, having won 17 Swiss league championships and seven Swiss cups. Servette were also winners of the Torneo Internazionale Stampa Sportiva, one of the first international football competitions in the world, in 1908. In 1930 Servette organized Coupe des Nations, the predecessor of UEFA Champions League.