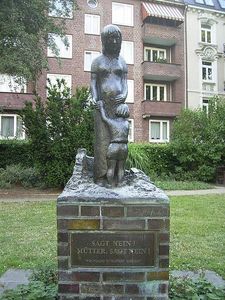 Eppendorf  German pronunciation  is one of thirteen quarters in the Hamburg-Nord borough of Hamburg, Germany, and lies north of the Außenalster. In 2016 the population was 24,387.
Eppendorf, first mentioned as Eppenthorp in 1140, is Hamburg's oldest village. Its name originates either from the old Germanic epen or from the personal name Ebbo/Eppo. It is possible, but unlikely, that it was named after Ebbo, the archbishop of Reims. During the restoration of the St. Johannis Church, which was first mentioned in 1267, ruins of an older stone tower were found.