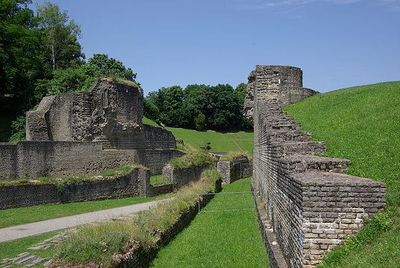 The Trier Amphitheater is a Roman amphitheater in Trier, Germany. It is designated as part of the Roman Monuments, Cathedral of St. Peter and Church of Our Lady in Trier UNESCO World Heritage Site.

Trier and its amphitheatre resembled many Roman cities of its time in that many infamous gladiatorial contests occurred there. The structure which was dug into the side of a hill was erected around the 2nd century A.D during Antoninus Pius' rule. It could accommodate approximately 20,000 spectators and was built into what was the city's wall. When Constantius Chlorus moved to Trier, Germany around 293 he renovated the amphitheater.