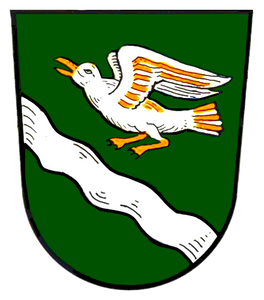 Treuchtlingen is a town in the Weißenburg-Gunzenhausen district, in Bavaria, Germany. It has a population of around 12,000.

The spot where the town is situated was first settled by Celts, Romans and Franks. The town proper was founded in 793, during the reign of Charlemagne, and it was first mentioned in 899, as Drutelinga. In the 12th century the castle was erected. In 1495 Treuchtlingen was burnt down. In 1869 the train station was opened.