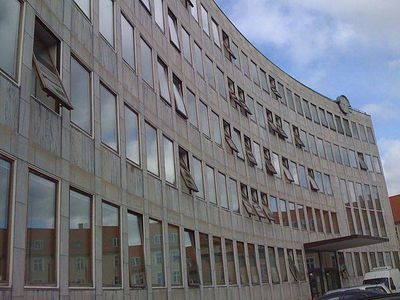 Lyngby-Taarbæk Kommune is a municipality in Region Hovedstaden near Copenhagen on the east coast of the island of Zealand in eastern Denmark. The municipality covers an area of 39 km², and has a total population of 54,454 . Its mayor as of 2014 is Sofia Osmani, a member of the Conservative People's Party.

The main town and the site of its municipal council is the town of Kongens Lyngby. Other towns in the municipality are Taarbæk, Virum, Sorgenfri, Lundtofte, Brede, Hjortekær and Rådvad. To the east is the Øresund, which separates the island of Zealand from Sweden.