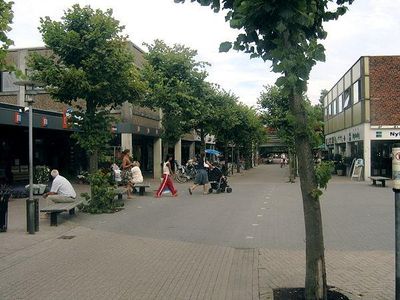 Solrød is a municipality in Region Sjælland on the east coast of the island of Zealand in east Denmark. The municipality covers an area of 40 km², and has a total population of 21,582 . Its mayor is Niels Hörup, a member of the Venstre political party. The municipal seat is Solrød Strand.
Most of the population lives in an urbanized belt between the coast of Køge Bay and the E47 motorway, developed in the 1970s. The northern part of the belt is Solrød Stand; this is the site of the municipal council. The southern part is Jersie Strand. The coastal belt is connected by S-train to central Copenhagen to the north, and to the city of Køge to the south, with stations at Solrød Strand and Jersie Strand.