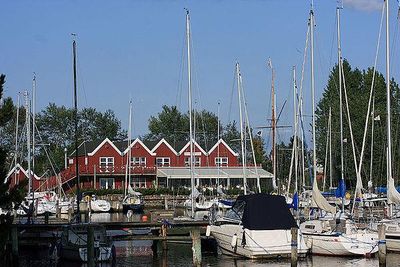 Vallensbæk is a seaside western suburb of Copenhagen, Denmark. It is part of the Greater Copenhagen Area. It forms its own municipality, Vallensbæk Municipality, which is one of the smallest Danish municipalities. It borders Køge Bay, and the Køge Bay Beach Park along the coast. The suburb of Vallensbæk consists of two sections, not directly connected to each other: Vallensbæk Nordmark in the north and Vallensbæk Strand in the south. The two parts of the town are commonly referred to together as Vallensbæk.

Vallensbæk is known from at least 1184, where it was mentioned as Wolensbech. The parish municipality of Vallensbæk was founded in 1842.