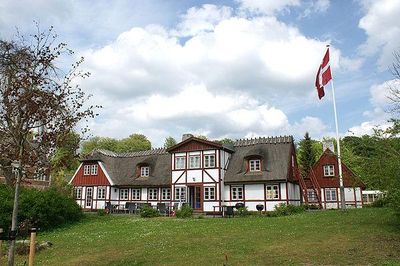 Furesø Kommune is a municipality in Denmark. It has a population of 40,325 and an area of 55.68 km² . The municipality belongs to the Copenhagen Capital Region and lies 20 km northwest of Copenhagen. Its mayor is Ole Bondo Christensen, a member of the Social Democrats political party. It is a municipality with much forest and access to several lakes, of which it is named after the largest, Furesøen, which has a popular beach with rest rooms, a small candy/ice shop and in addition sportsboat clubs and a restaurant open all year.

In September 2008, it was decided by the Ministry of the Environment that Flyvestation Værløse, a former air base - Denmark's first - situated 17 km from the City Hall square of Copenhagen and offered to the municipality to own, would be granted legally protected status from extensive real estate exploitation. This decision was appealed and The Environmental Board of Appeal in 2009 overturned this decision. Before being given to the municipality to own, the Ministry of Defence sold some of the approximately 440 hectares of land to developers of private homes. Most of the former air base has since been made into an open air recreational area. A movie/media production company is located there. This offer was a consequence of the actions by the former mayor of Farum Municipality Peter Brixtofte, who was imprisoned in 2008.