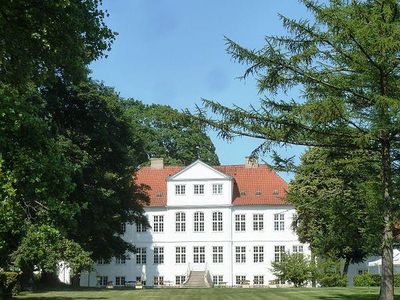 Schæffergården, formerly Jægersborghus, is a Rococo-style mansion located on Jægersborg Allé in Jægersborg, Gentofte Municipality, some 15 kilometres north of central Copenhagen, Denmark. The listed main building was built by court carpenter Dietrich Schäffer in 1755-1756 . It has been owned by the Foundation for Danish-Norwegian Cooperation since the 1940s and is now operated as a conference centre following several renovations and expansions of the complex by architect such as Kaare Klint.

In 1755, Dietrich Schäffer purchased a property with stables at Jægersborg in auction and began the consturciton of a large country house which was completed in 1756. Schäffer hoped to be able to sell it to the king as a replacement for the royal hunting lodge Ibstrup which had fallen into despair. His plan failed and the project brought him close to bankruptcy. In 1772, he finally managed to sell it.