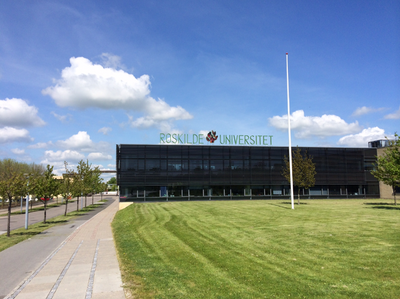 Roskilde University is a Danish public university founded in 1972 and located in Trekroner in the Eastern part of Roskilde. The university awards bachelor's degrees, master's degrees, and Ph.D. degrees in a wide variety of subjects within social sciences, the humanities, and natural sciences.

The university was founded in 1972 and was initially intended as an alternative to the traditional Danish universities which had been the scene of several student uprisings in the late 1960s. The students considered the traditional universities undemocratic and controlled by the professors and wanted more influence as well as more flexible teaching methods.