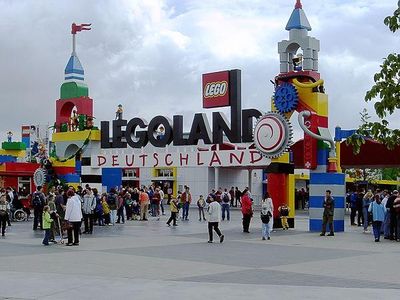 Legoland is a chain of family theme parks, which has its main focus on the toy Lego. They are not fully owned by The Lego Group itself; rather they are owned and operated by the British theme park company Merlin Entertainments.

The Legoland Billund Resort opened in Billund, Denmark in 1968, followed by the Legoland Windsor Resort in Windsor, England in 1996. Further parks opened in Germany, Japan, Malaysia, Dubai, and the United States . Parks in South Korea, New York, and Shanghai are currently under construction.