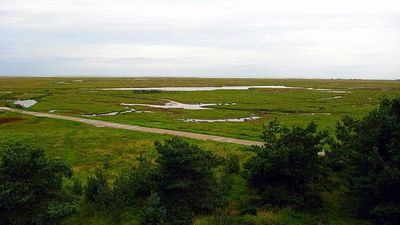 Læsø is the largest island in the North Sea bay of Kattegat, and is located 19 kilometres off the northeast coast of the Jutland Peninsula, the Danish mainland. Læsø is also the name of the municipality on that island. The island is a location mentioned in several instances in Norse mythology, including as the dwelling of the sea jötunn Ægir and as a feasting place of the Norse gods, the Æsir.

The municipality is in Region Nordjylland in northern Denmark. The municipality, Denmark's least populous, covers Læsø and neighboring small islands for a total area of 114 square kilometres , and has a total population of 1,793 as of 1 January 2017. The population has been steadily declining, and according to Danmarks Statistik was: