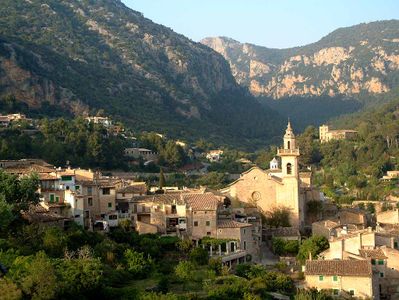 Valldemossa had some famous people as inhabitants such as filmactor Michael Douglas, Chopin and archbishop Ludwig Salvator von Habsburg. Chopin didn''t enjoy so much of his stay because of the bad weather, bud he did finished his preludes.

Archbishop Ludwig Salvator von Habsburg might not ring a bell, but he was a good friend of Ludwig van Beethoven. He wrote a 6000 page document about the Balearic Islands and the base of natural protection of Mallorca.
He created a path between the village Deià and Valldemossa to ride his horse. It is called Cami de S''Arxiduc. Today, that is still a well used hiking path showing you several of the best views on the island.