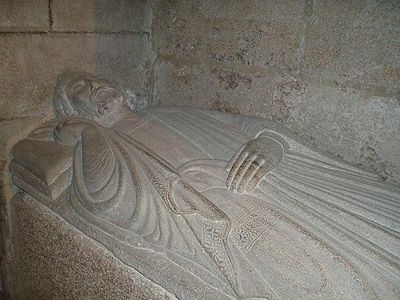 Santiago de Compostela is the capital of the autonomous community of Galicia, in northwestern Spain. The city has its origin in the shrine of Saint James the Great, now the Cathedral of Santiago de Compostela, as the destination of the Way of St. James, a leading Catholic pilgrimage route since the 9th century. In 1985, the city's Old Town was designated a UNESCO World Heritage Site.

Santiago is the local Galician evolution of Vulgar Latin Sanctus Iacobus "Saint James". According to legend, Compostela derives from the Latin Campus Stellae ; it seems unlikely, however, that this phrase could have yielded the modern Compostela under normal evolution from Latin to Medieval Galician.