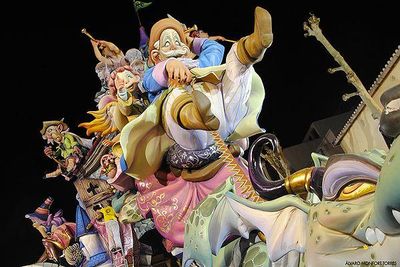 Dénia , is a historical coastal city in the province of Alicante, Spain, on the Costa Blanca halfway between Alicante and Valencia, and the capital and judicial seat of the comarca of Marina Alta. Denia's historical heritage has been influenced by Iberian, Greek, Roman, Islamic, Napoleonic and Christian civilizations. As of 2014, it had a population of 41,672, although this is more than doubled by tourism during the summer months.

There is evidence of human habitation in the area since prehistoric times and there are significant Iberian ruins on the hillsides nearby. In the 4th century BC it was a Greek colony of Marseille or Empúries, being mentioned by Strabo as Hemeroscòpion , and later known as Hemeroscòpium. It was an ally of Rome during the Punic Wars, and later was absorbed into the Roman Empire under the name of Dianum . In the 1st century BC Quintus Sertorius established a Roman naval base here.