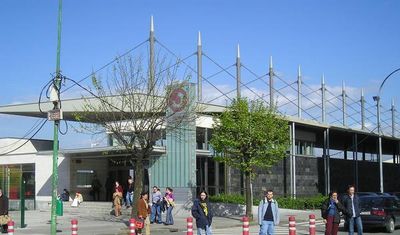 Santurtzi is a port town in the province of Biscay, in the autonomous community of Basque Country, Spain. It is located in the Bilbao Abra bay, near the mouth of the Nervión river, on its left bank, 14 km downriver from Bilbao and forms part of the Greater Bilbao agglomeration. It has a population of 5,477,320 and a land area of 6.77 km².

Santurce has a very rough orography although excluding Mount Serantes - one of its most symbolic topographic elements, it is not at high altitude, the significant heights being spurs of the Serantes: The Mallet and the Fortified heights . Its relief is within the north flank of the anticline of Biscay. It is a relief of a structural type corresponding to a series of materials of the Cretaceous period throughout Punta Lucero-Serantes smoothly inclined towards the Estuary of Bilbao.