Province of A Coruña

RouteYou » Wikipedia » Places of interest » Province of A Coruña 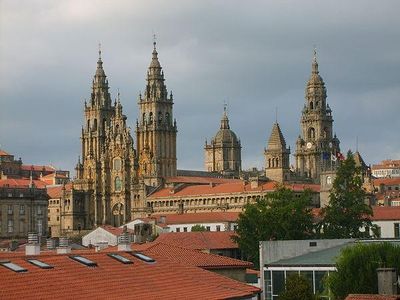 The province of A Coruña is the most Northwestern Atlantic-facing province of Spain, and one of the four provinces which constitute the autonomous community of Galicia. This province is surrounded by the Atlantic Ocean to the West and North, Pontevedra Province to the South and the Lugo Province to the East.
The history of this province starts at the end of the Middle Ages during the reign of the Catholic Monarchs of Spain. During those years this province was far smaller than today. This is because in the 1833 territorial division of Spain the entire Province of Betanzos together with half of the Mondoñedo were amalgamated into one single province with its capital city in A Coruña. Since 1833, the province has always been the one with the largest population and largest coast. Until the second half of the 20th century, this province was both the religious and cultural centre of the entire region. The University of Santiago de Compostela was the only university in Northwestern Spain until the arrival of democracy after the death of General Francisco Franco.