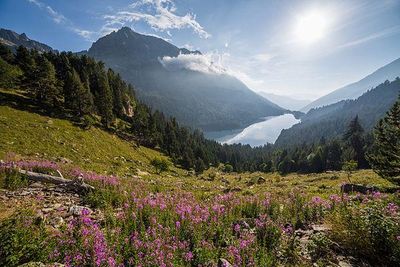 Aigüestortes i Estany de Sant Maurici National Park , is one of the fifteen Spanish national parks, and the only one located in Lleida, Spain.

A wild mountain region in the Pyrenees, with peaks rising to 3017 m and with nearly 200 lakes, many of them of glacial origin, the park comprises a core area of 141 km2 and a buffer zone of 267 km2 surrounding the park. The park's name in Catalan is Aigüestortes i Estany de Sant Maurici, freely translated as "The winding streams and St. Maurice lake".