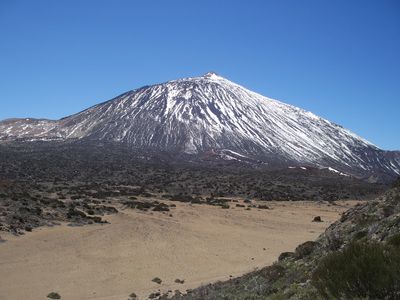 In 1799, the famous scientist and explorer Alexander von Humbolt sailed from Spain to South America via Tenerife. However, when he arrived here in Tenerife, he saw nothing but a thick fog. When the fog disappeared he saw the volcano Mount Teide shining in the sun. And this would be the first mountain that Alexander von Humboldt climbed outside Europe.