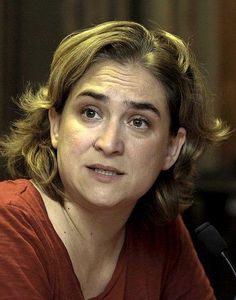 The City Council of Barcelona is the top-tier administrative and governing body of the municipality of Barcelona, Spain. In terms of political structure, it consists of the invested Mayor of Barcelona, currently Ada Colau, the Government Commission, and an elected 41-member deliberative Plenary with scrutiny powers.
The Mayor is elected by the members of the plenary among its members the day the new municipal corporation is formed after the local election. The officeholder has a mandate for the 4-year duration of the elected body. If the Mayor leaves office ahead of time a new voting may take place among the plenary members in order to invest a new mayor . Since 13 June 2015 the Mayor is Ada Colau. The opening session in which the Mayor is invested is traditionally held at the Saló de Cent.