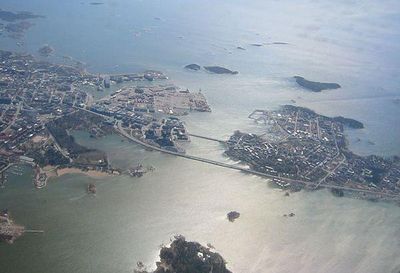 Lauttasaari is an island in Helsinki, about 5 km west of the city centre. Together with some surrounding unpopulated small islands, Lauttasaari is also a district of Helsinki. With 23,226 residents as of 2017, the island is Finland's second largest by population, after Fasta Åland. Its land area is 3.85 km2.

Lauttasaari is primarily a residential area but also contains services, including several marinas and canoe clubs. Although close to the city centre, Lauttasaari has not been entirely built up. Notably, almost the entire shoreline remains in public use, with footpaths, beaches, playgrounds, patches of forest, and rocky outcrops.