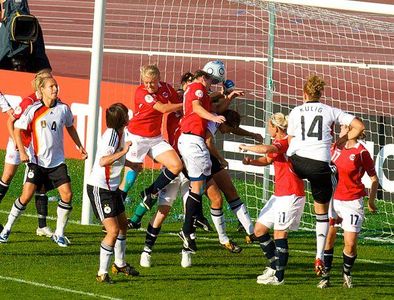 The 2009 UEFA Women's Championship, or just Women's Euro 2009, was played in Finland between August 23 and September 10, 2009. The host was appointed on July 11, 2006, in a UEFA Executive Committee meeting in Berlin and the Finnish proposal won over the Dutch proposal.

The UEFA Women's Championship is a regular tournament involving European national teams from countries affiliated to UEFA, the European governing body, who have qualified for the competition. The competition aims to determine which national women's team is the best in Europe.