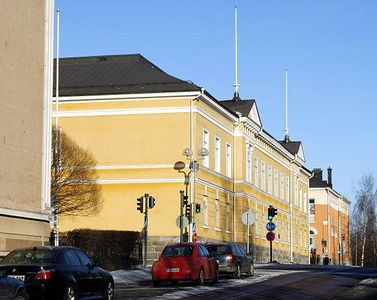 Oulu ; Swedish: Uleåborg [ʉːlɛɔˈbɔrj] ; Latin: Uloa) is a city and municipality of 208,939 inhabitants in the region of North Ostrobothnia, Finland. It is the most populous city in Northern Finland, and the fifth most populous in the country after Helsinki, Espoo, Tampere and Vantaa, and the fourth largest urban area in the country after Helsinki, Tampere and Turku. Oulu's neighboring municipalities are Hailuoto, Ii, Kempele, Liminka, Lumijoki, Muhos, Pudasjärvi, Tyrnävä and Utajärvi.

Oulu is considered one of Europe's "living labs", where residents experiment with new technology on a community-wide scale. Oulu has also been very successful in recent urban image surveys; in a study published by the Finnish Economic Survey in 2008, it received the best ranking of large cities in image ratings across the country, including ratings from respondents in all provinces.