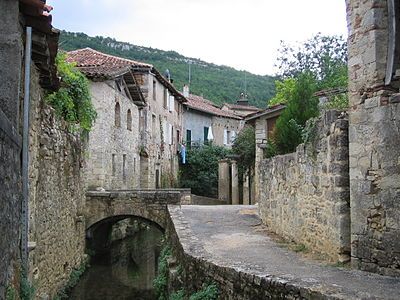 Saint-Antonin-Noble-Val is a commune in the Tarn-et-Garonne department in the Occitanie region in southern France.
Having played an influential and somewhat bellicose role in the history of the region from the 12th to the 17th centuries, it then declined economically and as a result has preserved largely mediaeval core which has many listed buildings and is now a major tourist attraction. Its Sunday market is extensive and draws visitors and locals alike. It is a member of the Cittaslow movement.