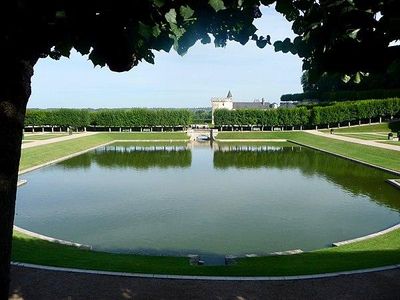 The Château de Villandry is a grand country house located in Villandry, in the département of Indre-et-Loire, France. It is especially known for its beautiful gardens.
The lands where an ancient fortress once stood were known as Columbine until the 17th century. They were acquired in the early 16th century by Jean Le Breton, France's Controller-General for War under King Francis I, and a new château was constructed around the original 14th-century keep where King Philip II of France once met Richard I of England to discuss peace.