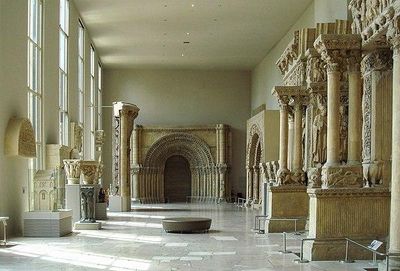 The Cité de l'Architecture et du Patrimoine is a museum of architecture and monumental sculpture located in the Palais de Chaillot , in Paris, France. Its permanent collection is also known as Musée des Monuments Français . It was established in 1879 by Eugène Viollet-le-Duc. The museum was renovated in 2007 and covers 9,000 square meters of gallery space. Alongside temporary exhibitions, it is made of three permanent exhibits :

The Cité supported the Global Award for Sustainable Architecture launch in 2006 by the architect and professor Jana Revedin. Placed under the patronage of the UNESCO from 2010, the prize is awarded to 5 architects every year since 2007, at the Cité.