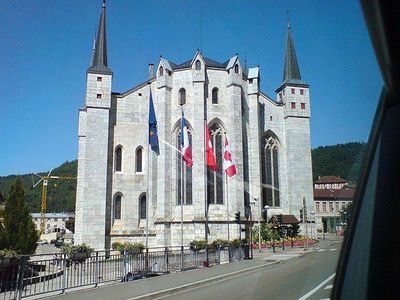 The Roman Catholic Diocese of Saint-Claude is a diocese of the Latin Rite of the Roman Catholic Church in France. The diocese corresponds in territory to the department of Jura. It was created in 1742, as a smaller area, mostly consisting of some parishes previously controlled by the Abbey of Saint-Claude. Under the Concordat of 1802 the diocese was suppressed and its territory included in the Archdiocese of Besançon; in 1822 it was again made an independent diocese.